Well, we are officially in to Daylight saving – the clocks sprang forward this morning and last weekend was the first day of Spring.  We went along to Hamilton Gardens where there was a Hispanic theme as the Latin-American contingent of Hamilton celebrated the beginning of Spring. It was very pleasant as the drummers and strummers made their music accompanied by girating, scantily clad, nubile, young ladies!  When  the boys had had enough we ventured outside for ice creams and a refreshing beer in the sun.

The last few weeks at work have been pretty hectic – Nigel is busy writing a major report which has to be submitted this week so he is hard at it every evening collating and interpreting data, and I have been up to my ears preparing students for Practice exams, marking them and now preparing follow up work to make sure they are ready for their main exams in November.  But the boys and I now have a two week break so I can perhaps manage to catch the tail I have been chasing!

Lachlan gets his pot off tomorrow so he is looking forward to being able to scratch!  We have tried to prepare him for the likelihood of him not being able to immediately use his arm but not sure that he has really taken that on board!  Hopefully he will be able to get some physio pretty quickly – not sure how it all pans out here but I am sure we will find out soon enough!  We might even manage to fit in a day’s skiing at Mt Ruapehu if the doc says Lachlan’s wrist is up to it!

I am still buzzing from my first caving trip in NZ!  I went away with the Outdoor Ed group for a two day trip based in Waitomo (Maori name meaning Water (wai) Cave (tomo)) at the Hamilton Tomo Club base.  They had a session doing some rescue techniques at the Black Water Rafting centre, a session learning SRT, an abseiling session and then a caving trip.  It was great to get all my kit out again – that familiar feeling as I donned my gear and had a play on the SRT rig at the centre.  Walking into the cave (Gardeners Gut) just felt like coming home – what a wonderful sensation sloshing my way down a stream passage with beautiful banded limestone and a fair bit of flowstone.  We climbed up into some dry fossil passage beautifully decorated with straws, helictites, stals and columns (compulsory photograph of the tallest column in North Island but unfortunately not available as we go to press – I’ll add it as soon as I get it from the photographer!) before dropping back down to the stream and heading out.  All in good sized walking passage apart from one short section – a large lump of flowstone blocks the way on but for a low, narrow, sloping section called the “Organ Grinder”.  It is a similar sort of size to the Cheese Press in Long Churn but probably a bit more technical as it is a dog leg on a slope, so you have to keep your legs and hips up high or you slip nto the narrowest part and get stuck!  Most of us slipped through easily with encoura

gement and instruction from our guide John, but waiting at the end of the line and watching as everyone else goes through is quite unsettling and our last two students were pretty nervous by the time it was their turn.  Both were physically a bit bigger than the rest who were thin, skinny things but they maintained their composure and showed strength of character to get through without too much difficulty.  Alan, (aka “Brown Bear”) our second guide. had the most difficulty – whereas John holds the unofficial record of 23 seconds for sliding through, Alan took 15 minutes the last (and only) time he did it!  However with John to direct him he beat his previous attempt by 10 minutres and was a happy Bear as he rejoined the group! About a 5 hour trip altogether with a group of 8 novice cavers and a good varied introduction to NZ caves. Bring on the next cave!

As I already said we were staying at the Hamilton Tomo Club hut – oh, aren’t caving club huts the same the world over!!?  That same earthy smell of damp caving gear, sweaty bodies and stale food and beer! The cliquey photos of the current in-crowd and historic photos of legendary club cavers, the ubiquitous “squeeze machines” and old caving equipment festooning the walls.  Difficult though to find out where any of the caves are – there were plenty of surveys and the NZ book of surveys for both North and South Island but no grid references for the entrances and no mention of any locations in the trip logs either, even for newly discovered caves as you would find in UK hut logs (except for top secret digs!!) I sense a challenge coming on!  We WILL find some NZ caves!

On Friday afternoon we headed back to Hamilton but stopped on the way in Cambridge for a spot of Paintballing!  It was the first time I have had the pleasure of this activity and I was a little apprehensive.  However I soon got pulled into the excitement of it all and had a great time, despite taking a nasty hit to the unprotected soft part of my neck which two days later is still sore, and looks like I have been eaten by a voracious blood sucking bat!  However being on the victorious team makes up for the pain and dsicomfort! (Blacks (my team)  beat Greens (Uivel’s team) 3 games to nil – Go the Blacks! (Who said I was competitive!?)

This weekend has been fine and sunny and we have been forced into spending some money on a lawn mower to tame the rapidly sprouting lawn.  We also bit the bullet and bought some outdoor furniture – it was still just about warm enough to christen it this evening and eat outside!  Let’s hope it will be the first of many meals al fresco!

We are now busy planning for Christmas – presents need to be sent soon to arrive home in time and we are starting to plan what to do for the holidays – it does seem strange trying to plan summer activities for Christmas! Looks like we will be down in Wellington and Greytown as soon as school breaks up for NZ family Christmas and we will probably make our way back up the East coast beach hopping after that.  Will keep you posted!  A bientot! 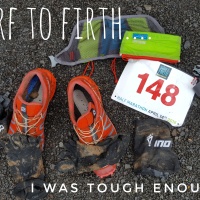 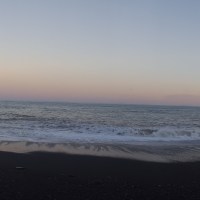 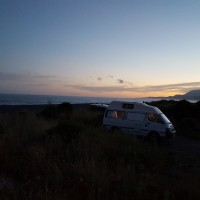 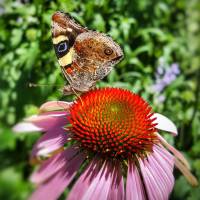